In the Fall of 2019, The Campbell County Rockpile Museum created and displayed a gallery exhibit dedicated to telling stories of some of the Black Cowboys of Campbell County. We felt it was important to dig up and share these stories in an effort to more fully understand the vast cultural history of the Powder River Basin. These are by no means the only stories, sadly there are some, like Gillette Cowboy, Charles Stalling whose stories have been lost to history, leaving behind only a headstone at Mt. Pisgah Cemetery with his name and the dates 1869 - 1934.  It is our hope by preserving some of these stories in an exhibit such as this, that we can prevent this valuable piece of Powder River Basin History from being lost completely. This gallery exhibit included a traveling exhibit from the Wyoming State Museum entitled: "Empire: A Community of African-Americans on the Wyoming Plains" that told the story of Empire, Wyoming, a successful agricultural community of African-Americans that existed in the early part of the 20th Century.

The celebration of Black Cowboys culminated in a two-day event held in Gillette, Wyoming, when the Campbell County Rockpile Museum & Rockpile Museum Association hosted "A Tribute to Black Cowboys Weekend" on October 12 & 13, 2019. This event included a Living History Experience, provided by Mr. J.D. Jones as Campbell County Pioneer, Bunk Haynes. Followed by a special screening of “Fire on the Hill: The Cowboys of South Central LA"  a feature length documentary that reveals the underground culture of the Compton Cowboys whose origins trace back to the California’s Old West. Today, the last remaining Compton Cowboys are struggling to maintain their dying culture that has served as a refuge from gang life in the often-hostile streets of South Central LA. Additionally, the Black American West Museum & Heritage Center sent a display to help promote their museum. This display also encouraged people to help their museum vote to win the National Geographic and National Trust for Historic Preservation’s Vote Your Main Street Competition, where the historic Dr. Justina Ford House won a Partners in Preservation award to help them restore their historic site, located in Denver, Colorado’s Five Points Neighborhood. The Rockpile Museum Association generously provided the grand finale of the weekend by sponsoring Grammy Award Winner and two-time Emmy Nominee, The American Songster, Dom Flemons. The concert "Dom Flemons PRESENTS Black Cowboys" featured the music from Dom Flemon’s Smithsonian Folkways Album of the same title.

This virtual exhibit features many of the highlights from both the exhibit and the two-day event weekend. Feel free to take the guided tour, but also be sure to explore the virtual gallery on your own as well, you never know what you might find! 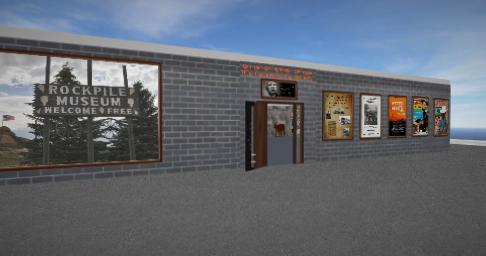 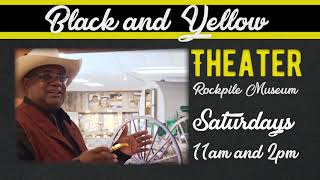